“After reading early horror classics by Spector, no one could blame eager listeners for expecting mid-period Metallica power riffs tempered with Journey melodies...but what we have here is post-rehab Steve Earle and Springsteen's Nebraska-era lyrics of longing... ”

On June 4, 2016, at the age of 57, I had emergency spinal surgery to remove what I had thought was a pinched nerve in my back, but turned out to be a tumor on my T7 vertebrae. The tumor had bored through the bone and reached my spinal cord; when it constricted the nerves by a factor of 50% my legs gave out and stopped "legging" -- I couldn't walk or stand or even crawl. On Memorial Day, I woke up, stood up, and fell over.

An ambulance ride, eleven hours in ER and then a transfer to Sentara Norfolk General, left me spending twelve days in the Trauma Ward.  It was there that I learned that the reason why I had the tumor was that I had Stage Four Prostate Cancer, metastisized to my bones.  No early symptoms, no warning signs, just boom.

So now I know. And I fight.

Now, almost six years later, I continue my journey with THE ART OF NOT DYING: Tales of Recovery on the Resurrection Road: a mixed media meta project in really real time. It's a new endeavor, still evolving from real life into something one might call, art? But it exists now, for entirely its own reasons... maybe because art imitates life imitating art; maybe because silence is death and some things just need to be said; maybe just because, why the hell not?

But THE ART OF NOT DYING is about more than one man's struggle against a sneak attack from an insidious foe. It's about living: finding and creating the things, situations, and relationships that sustain you, doing the things that make your life meaningful.

None of us know how long we have. We all die. But we're not there yet, so live. Appreciate every moment. Be who you really are. Make your dreams a reality. Take care of yourself, take care of your people, try to leave everything a little bit better than you found it. Love intensely and fiercely. Exercise radical kindness. Take no shit, and give none, either. Fight against evil in the world, starting first and foremost within yourself. Create light in the endless darkness. Find the art in every single thing. Elevate everything you do to an art form. Live courageously, unapologetically. And remember that so much of what we do seems thankless, because we forget to say thanks.

And when the cynical say to you, how can you have hope when the world is so fucked? Tell them, because if I don't the world will still be fucked, but there will be no hope.

So fight, like your life depended on it. Because it does. 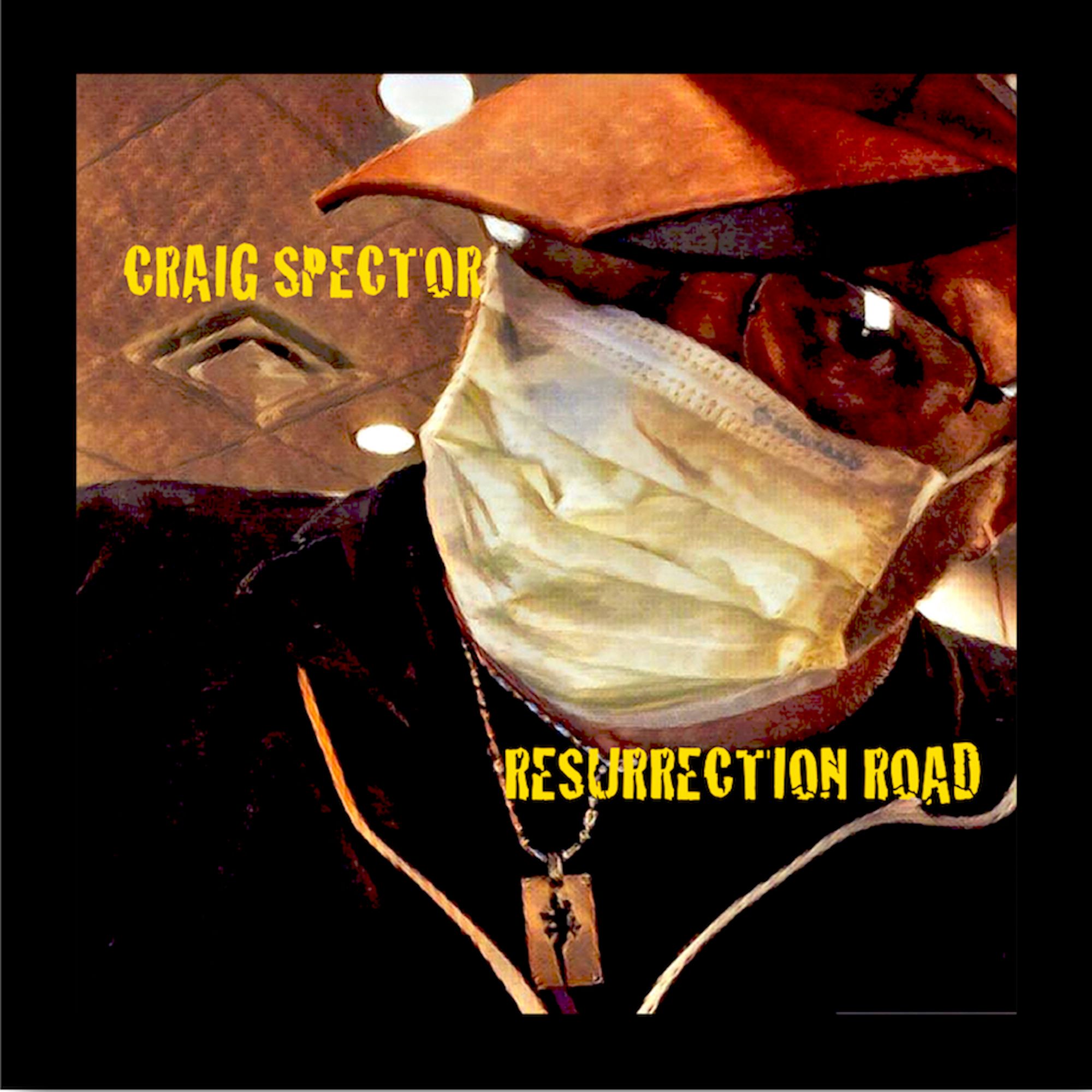 Which is where my album, CRAIG SPECTOR: RESURRECTION ROAD, came from. Songs from the dark edge of mortality and loss, yet threaded with light, and hope, and a fighting spirit.

I started writing while still in the Trauma Ward -- the aptly named "Hospital Song" -- on the red Ibanez acoustic guitar my girlfriend Tess gave me for my birthday in 2014, before she became my wife in 2015. Tess is Canadian, from the frosty tundra of Winnipeg. Coastal boy meets Prairie Girl; on paper we appear to make no sense. But as Tess put it, I was her rock during a tragedy in 2013, when we but barely knew each other, and she was going to be my rock now.

Took her four days to make it down to me once I was hospitalized -- last minute flights, putting work and life on hold so the wheels wouldn't fall off --  but she never left my side for the remaining eight days (except for a few trips to Sentara guest services for a showering up, in a wing that was oddly reminiscent of Stanley Kubrick's THE SHINING.  But that's another story...)

That simple little song would lower my blood pressure and calm me down while on the 6th floor ward -- I tried to keep it quiet at 2 a.m. or so, but the night nurses said they could hear it all the way to the elevators, and they liked it.

I kept writing and then recording once I was discharged, and all through the radiation, the chemo, the endless infusions and injections that are de rigeur for life now. I did it all on my home studio -- a small guitarmada of guitars and bass, a Mac with GarageBand and Logic Pro X, and a lot of IKM gear... iKeys, iRig, iLoud Micro Monitors, iEtc.... and then drop-boxed it to my friend, fellow horror writer/musician Matt Hayward, at his studio in Wicklow Ireland, for mastering (and Anna Muhlbach flew in a backing vocal on To The Bone.) The 21st century is slightly awesome that way.

I released RESURRECTION ROAD in 2017, on the one year anniversary of my discharge from Sentara Norfolk General Hospital, and the Trauma Ward. It seemed a fitting marker of the time, and a mission statement. 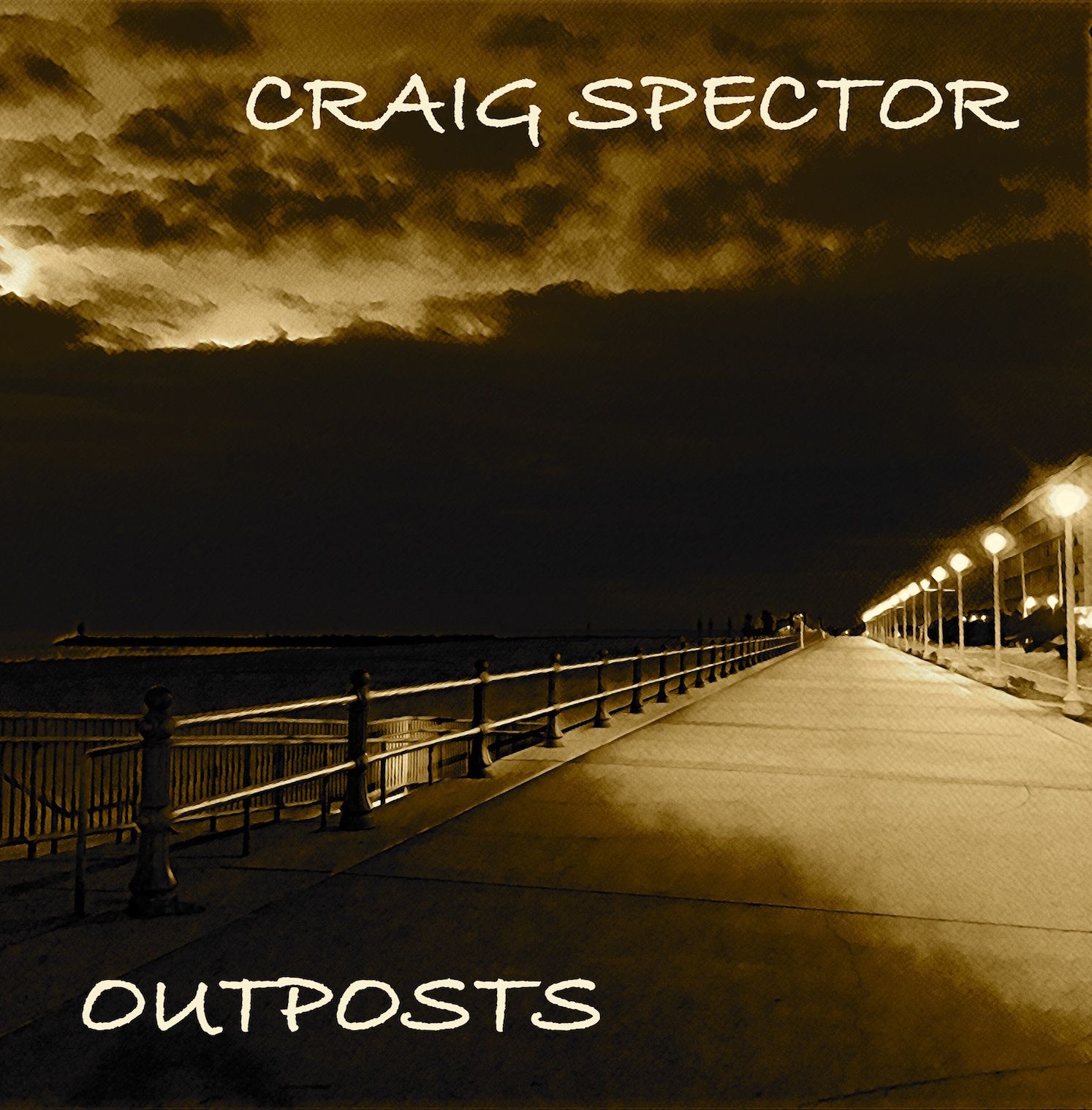 Fast forward a year to 2018: I am a two year survivor-warrior of a disease that wants to remake me in its own wretched image, and then kill me. As I prepared to turn the crusty and venerable age of 60... an age I never really thought I'd see... I released the follow-up album, OUTPOSTS. Ten more sonic slices of time and space, picture postcards of a life spent fighting for life itself.

In July it went live on Amazon, iTunes, CD Baby, and everywhere fine digital downloads are sold, on my 60th birthday. Another marker. And another statement. 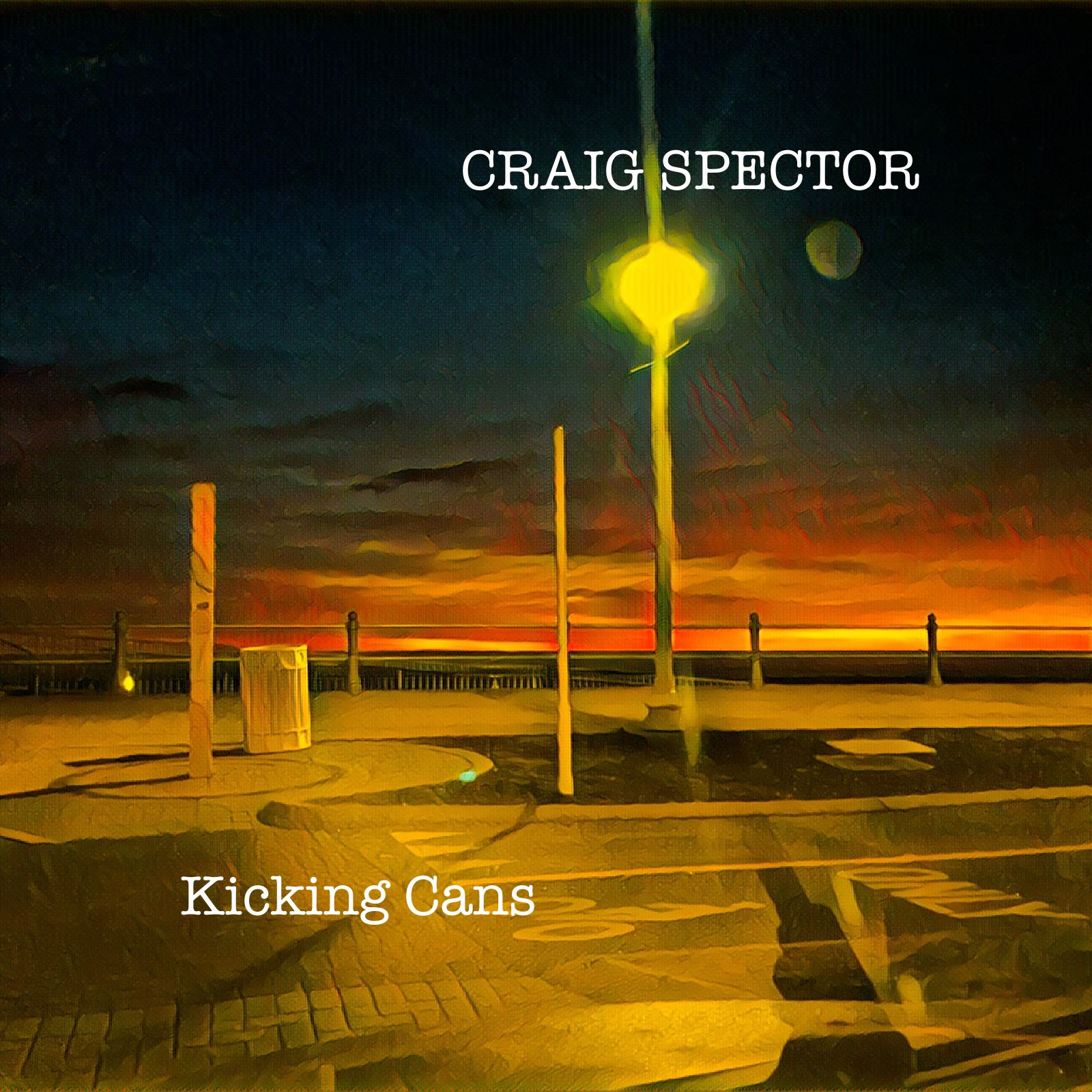 As we segued into 2019, and my third year of survival, I released KICKING CANS: twelve more snapshots of the road that never ends for me, and the third album in the Art of Not Dying cycle. The view is a bit different from here -- reflections on a world seemingly gone mad sometimes, and my own small place in it, ever-shifting and leavened by intense awareness of mortality and the fleeting nature of life in this funhouse food chain.

Then came 2020 -- I had continued writing, performing, and recording songs, and had originally thought to release my fourth album... but that was the year of pandemic, and it was such a surreal shitshow that I decided to skip it and release my next album in 2021. I'm kinda glad I did.

In a strange way, RESURRECTION ROAD, OUTPOSTS, and KICKING CANS have become soundtracks for warriors and survivors all.  And a way of demonstrating that not only is there life after cancer, there is life during cancer. It's a custom fit in an off the rack world, and a little different for everyone.  And as I told my oncologist, wow this stage four metastatic cancer thing is really kind of a full time job, innit? But I'm still here, so far. Still in the fight.  And there is music.

In the meantime, I hope you'll take a moment. Crank them up. Let them in. And welcome to my Resurrection Road.

It still goes on, and I'm still on it. Next is GRATITUDE (2021), the fourth in my Art of Not Dying cycle: more songs of love and life and death and despair, and the fight that never ends for me. I'll hope you'll join me, and enjoy this great and secret show. 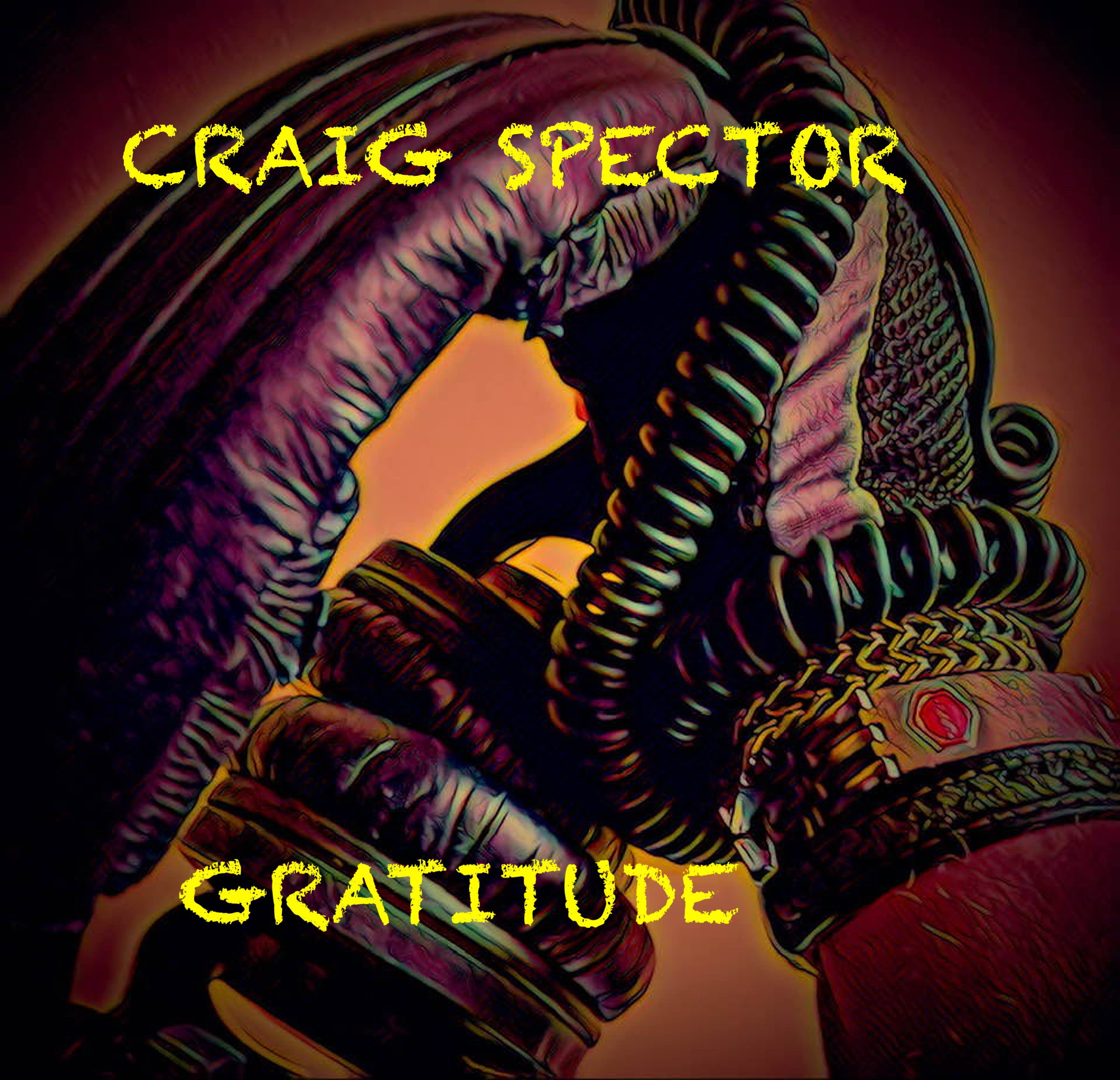 Gotta story I could tell ya
that requires no explanation
when you’re on the road to Hell
or some other destination.
No modesty or pride
no shame or consternation.
Embrace the bloody ride
and abandon expectation.

When artifice has crumbled
and your dreams all swept away
when everything’s a struggle
just to live another day.
When the sickness that’s inside you
makes you think you’re gonna die
You can lay down you can stay down
you can get up you can fight.

Sometimes you’re gonna stumble.
Sometimes you're gonna fall.
Your mileage may be varied
But it happens to us all.
So hang on to your hat.
and hold on to your soul.
You might lose a lot of things
But don’t you lose control.
Gotta hurt before you heal
gotta live until you die.
On the Resurrection Road
there’s no need to wonder why.
Gotta walk before you run
gotta crawl before you stand.
On the Resurrection Road
we all need a helping hand.

So take a tip from me
as you pass me in the night.
The road it might get twisted
but I think you’ll be all right.
The strong are gonna suffer
The weak are gonna pay.
But in the end you’ll see my friend
there’s just no other way.

On the Resurrection Road
we all need a helping hand.

On the Resurrection Road
we all need a helping hand.